Macroscopic anatomy of the brain are as follows: 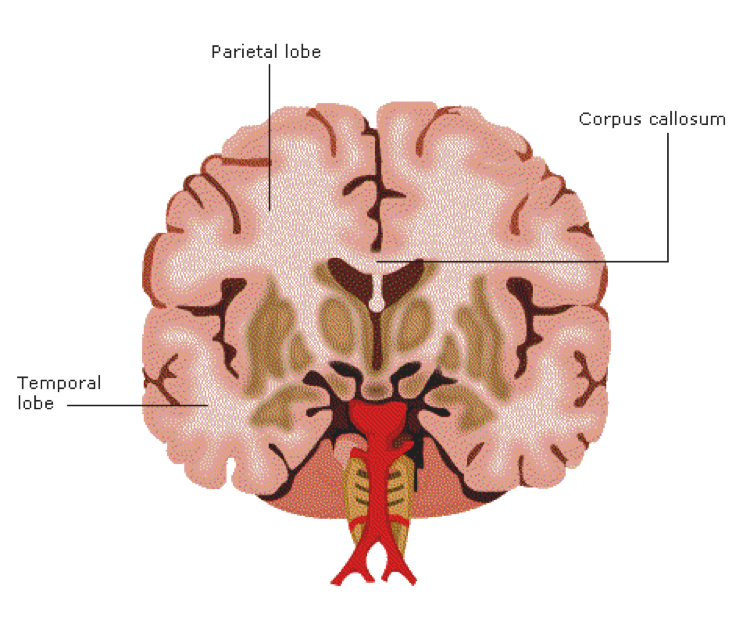 A coronal section of brain reveals structures such as the thalamus, the basal ganglia and the internal capsule. 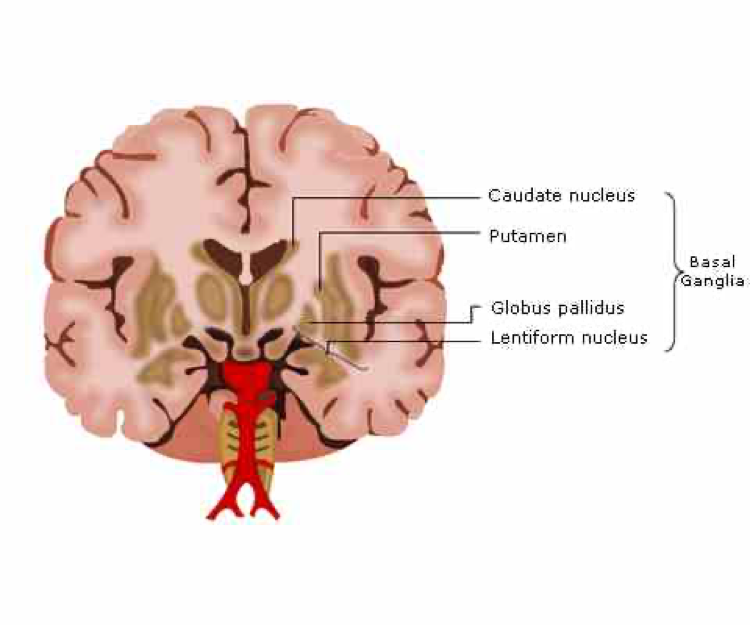 The major role of the basal ganglia is coordination of movement.

The internal capsule is the conduit for motor fibres. When disrupted by a middle cerebral artery stroke the result is a contralateral hemiparesis.

Cerebrospinal Fluid (CSF) is a clear colourless fluid contained in the subarachnoid space and ventricular system of the brain and spinal cord. It cushions the brain and spinal cord, protecting them from trauma. In addition it is an important component of the blood brain barrier which controls the brain’s internal environment. It also has nutritional and immunological (protection against infection, disease, etc.) functions.

CSF is secreted by the choroid plexuses in ventricles and also by the ependymal lining of the ventricles of the brain; it is absorbed by the subarachnoid granulations.

The flow of CSF is as follows:- 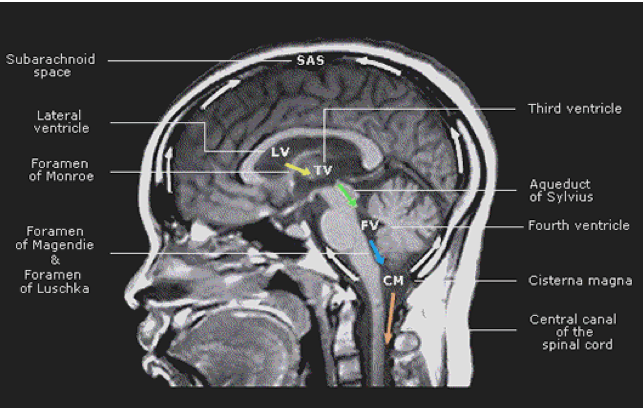