Embryology of the Heart

The heart starts to develop very early during 3rd week of gestation. It begins to beat at about 22-23 days! The heart is therefore one of the earliest differentiating and functioning organs.

The mesoderm layer gives rise to the heart by a process called gastrulation. Mesoderm is one of the three primary germ layers that differentiates early in development that collectively gives rise to all subsequent tissues and organs.

The heart begins to develop near the head of the embryo in a region known as the cardiogenic area.

As the primitive heart tube elongates, it begins to fold within the pericardium, eventually forming an S shape. This places the chambers and major vessels into an alignment similar to the adult heart. This process occurs between days 23 and 28.

In the middle of the fourth week, the atrioventricular canal, primordial atrium and ventricle start to partition, and this process is completed by the end of week eight. It begins with the formation of the endocardial cushions, specialized extracellular matrix tissue related to myocardial tissue. At the end of the fourth week, these cushions appear on the ventral and dorsal walls of the AV canal and start to grow toward each other. They eventually fuse, separating the AV canal into left and right components, partially separating the atrium and ventricle and acting as AV valves. 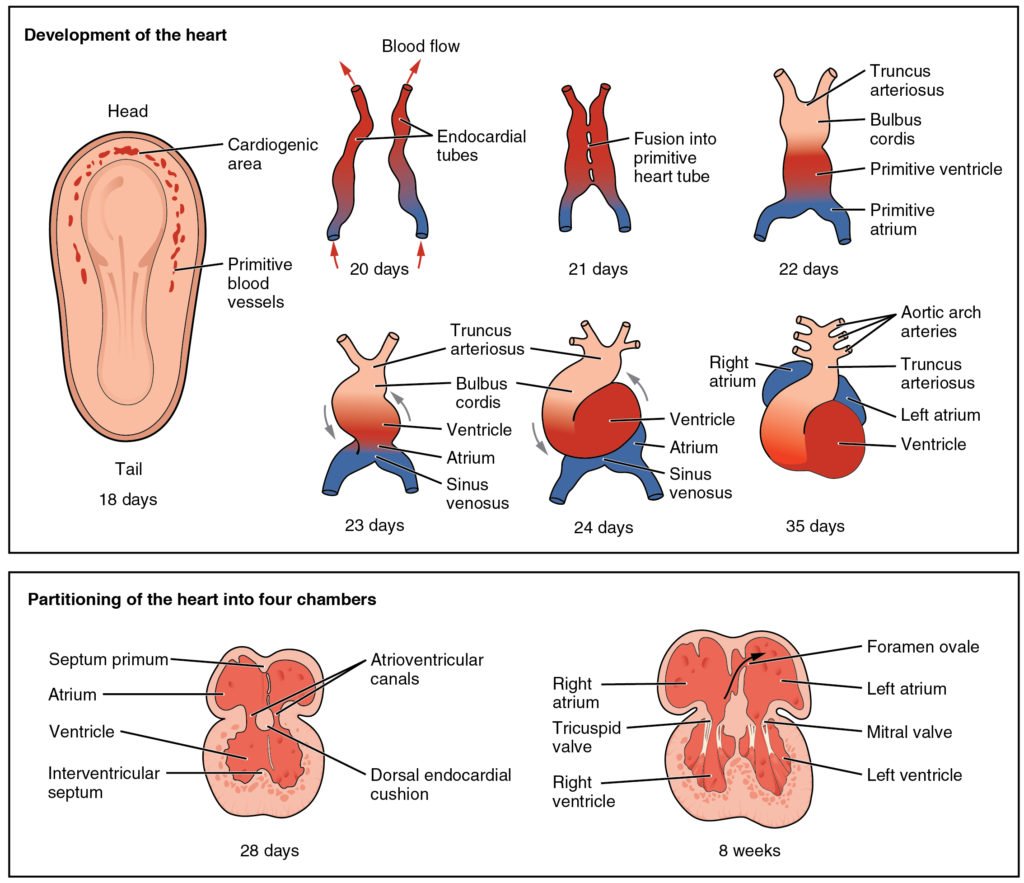