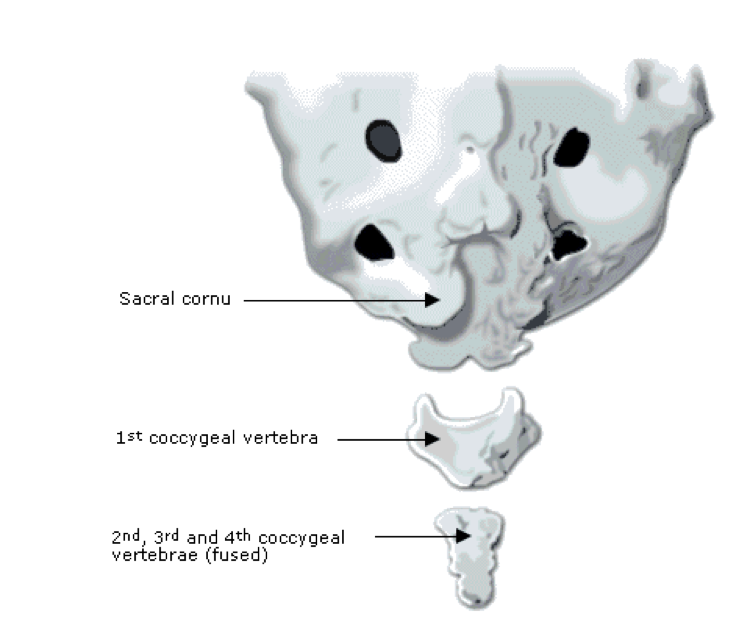 There are usually four small, rudimentary coccygeal vertebrae, although sometimes there are three or five. Usually the first one remains separate, while the second to the fourth are fused. In animals the bones are not fused and form the tail.

The coccyx articulates with the lower end of the sacrum via an intervertebral disc and two synovial joints laterally.

Pain in the coccyx, coccydynia, can arise from landing heavily on the coccyx – a common complaint from novice snowboarders!