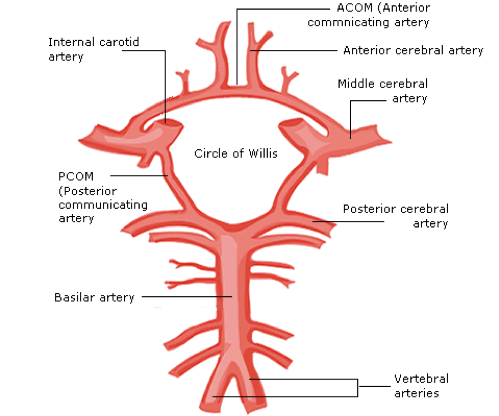 The Circle of Willis is located in the interpenduncular cistern at the base of the brain and surrounds the optic chiasm, pituitary stalk and mamillary bodies.

Cerebral aneurysms are saccular out-pouchings of the cerebral arteries usually involving branches of the circle of Willis.

Approximately 85% of cerebral aneurysms develop in the anterior part of the Circle of Willis, and involve the internal carotid arteries and the major branches that supply the anterior and middle sections of the brain.

The most common sites include: 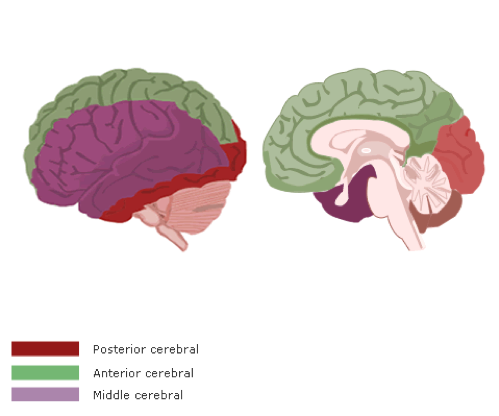 The deep penetrating branches of these cerebral arteries are functional end arteries, although there are some anastomoses between distal branches. The boundary zones between the areas supplied by individual arteries (watershed zones) are the areas at most risk from ischaemia during periods of systemic hypotension.

Ischaemic damage in these areas leads to watershed infarcts. 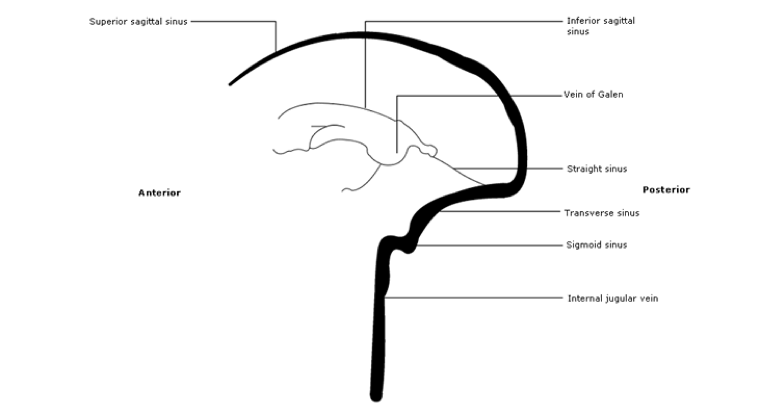 The cerebral venous system consist of:

The superficial system – the sagittal sinuses and cortical veins. These drain superficial surfaces of both cerebral hemispheres

Both systems drain into the internal jugular veins.